Autel Robotics and FoxFury Lighting solutions that partner with NPS-DDP to help save lives and property!

The City of Chelsea was incorporated on March 1st, 1996 with a total population of 906 people. At that time, a Volunteer Fire Department existed for fire and rescue services in our community. In October 2000, The City of Chelsea merged with the Chelsea Volunteer Fire Department to form Chelsea Fire and Rescue. Chelsea Fire and Rescue created three, 24 hour shifts (A, B & C) with one employee assigned to each shift. A handful of part-time firefighters were also hired to cover a day time slot which ran from 7 am to 7pm. This gave a total of two people making emergency responses. By 2006, Chelsea Fire & Rescue opened up a second fire station and had increased its staffing level to eight firefighters every 24 hours. Chelsea Fire and Rescue relies entirely on sales tax budgeted to us by the city management. The City of Chelsea is a small city with a limited number of retailers. Since March 1st of 1996, our first budget for the entire city has increased from $32,000 to just over $8 million in 2018. Our population has also increased to well over 20,000 people, making us one of the fastest growing cities in Alabama. (Source:www.al.com/news/index.ssf/2017/05/these_are_alabamas_25_fastest-.htm)

As of 2019, Chelsea Fire & Rescue now operates three staffed fire stations with a total of 10 personnel on duty every 24 hours. The first-in response area for our department comprises of approximately 61 square miles, most of which are county roads. However, due to mutual aid agreements, our responses can be anywhere in Shelby County. U.S. Highway 280 is the major highway that runs through the City of Chelsea. We cover nearly 8 total miles of U.S. Highway 280 as our first-in response area. U.S. Highway 280 accounts for the vast majority of our motor vehicle accident responses annually in all of Shelby County. We also cover CSX railway, four schools, 2 separate petroleum pipelines, two major electric utility substations, moderate size commercial buildings and thousands of acres of undeveloped land.

We love helping public safety departments in need across the country receive this life saving technology! Thanks to our most valued partner supporters at Autel Robotics and FoxFury Lighting solutions this small but important department in Chelsea Alabama now has a drone program! Please help support our program with a modest donation. to NPS-DDP.org today they need our help, together we can help make a difference one donation at a time!

Join our newsletter and receive updates on what’s going on with NPS-DDP.
Subscribe 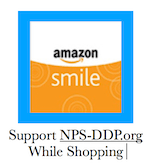 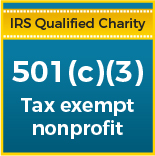