Throughout my tenure with The Starr County Sheriff’s Office, I can recall numerous occasions where drone technology would have greatly assisted our citizens, community, neighboring agencies and this office. The geographic fact that Starr County is a border county with Mexico, allows that we see our fair share of illegal immigration. Aside from our law enforcement assisting with border security, our law enforcement is also dispatched to located illegal immigrants who have lost hope, quit on their trek and have reach out to 911 emergency centers due to them being injured or lost. Now, when 911 call centers receive calls, cell towers triangulate a location from where this call is being made and unfortunately are never accurate. The lost immigrants normally can only give geographic location description and it usually takes hours for them to be found from the ground if they are ever found at all.

Drone technology would tremendously decrease the lost immigrant location time due to the drone not being subject to ground and terrain. Not only would this technology assist in locating the illegal immigrants, but it would also decrease the danger from our personnel embarking into unknown thick brush where dangerous wildlife such as snakes, arachnids and mammals inhabit. During the summer months in South Texas, it becomes notoriously hot where temperatures commonly surpass triple digits. As a result of this, wild brush fires occasionally seem rampant in our county. These brush fires have threated wildlife, public land, private land, private domiciles and public offices. Drone technology would be utilized in these situations to quickly become airborne and survey an area. The intelligence gathered during this time could be forwarded or utilized by experts to assist in containing the area, foreseeing upcoming dangers and or obstacles. Additionally, Starr County has a couple of known flood regions within itself. In the past, when heavy rains have developed in our area, these locations become flooded and Starr County Officials have to respond to these areas to evacuate citizens and animals affected by rising waters.

Drone technology would again be utilized in these situations by becoming airborne and surveying an area. This information would be forwarded to our emergency personnel which would then be able to determine what assets should be dispatched rather than guessing what equipment might be needed. Starr County currently has a newly formed special response team here and after referred to as S.R.T. which is responsible for responding to situations where normal law enforcement techniques need to be surpassed. The S.R.T. would greatly benefit form drone technology when it comes to surveying and gathering intelligence on high risk arrest and search warrants. Situational awareness is key in special operations and the S.R.T. on average is deployed once a month for special operations where situational awareness assisted by drone technology can improve operation planning.

The big picture here is that deputies may gain information from the air that could possible save their life or the life of a civilian which otherwise would not be gained due to lack of drone technology available to the agency. The four instances provided are a feather in weight when it comes to the possibilities from which drone technology could have been used or could be used within our agency. I sincerely appreciate the time that which you have taken to review our request and look forward to any response you may have. Best Regards, Lieutenant Erasmo

On May 7th 2019 The Starr County Sheriff’s Office submitted an application to the National Public Safety Drone Donation Program (NPS-DDP) / Airborne Works for a Free Drone. NPS-DDP was founded by Airborne Works. Our partners at AUTEL Robotics, a global drone manufacturer, and FoxFury Lighting Solutions, a global public safety lighting solutions provider, has teamed up with NPSDDP to donate new drones and unmanned areal vehicle (UAV) lighting kits to departments in need. Starr County Sheriff’s Office has been chosen by AUTEL Robotics to receive one of 9 Drone kits to be donated.

Please consider donating to support this fantastic program to put “Eyes in the sky for every department in need” together we can make a difference one donation at a time! On Behalf of NPS-DDP board of directors Thank you Autel Robotics and FoxFury Lighting Solution for the support of these departments in need and helping us close this case! 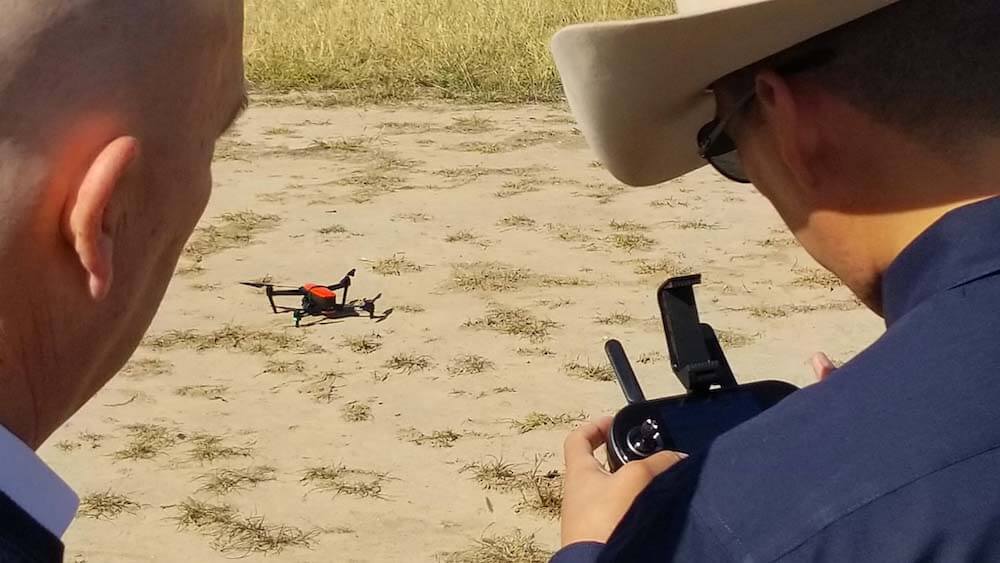 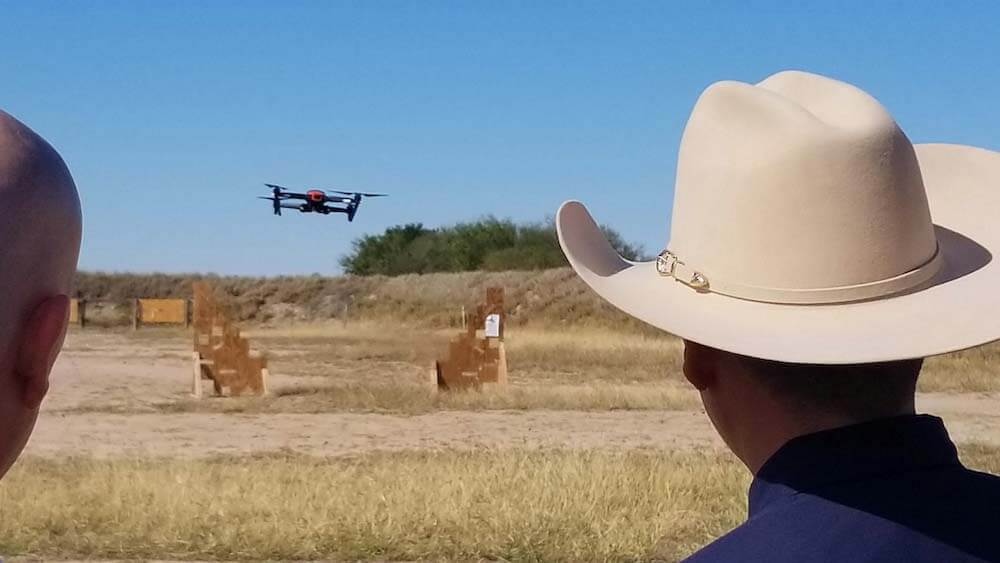 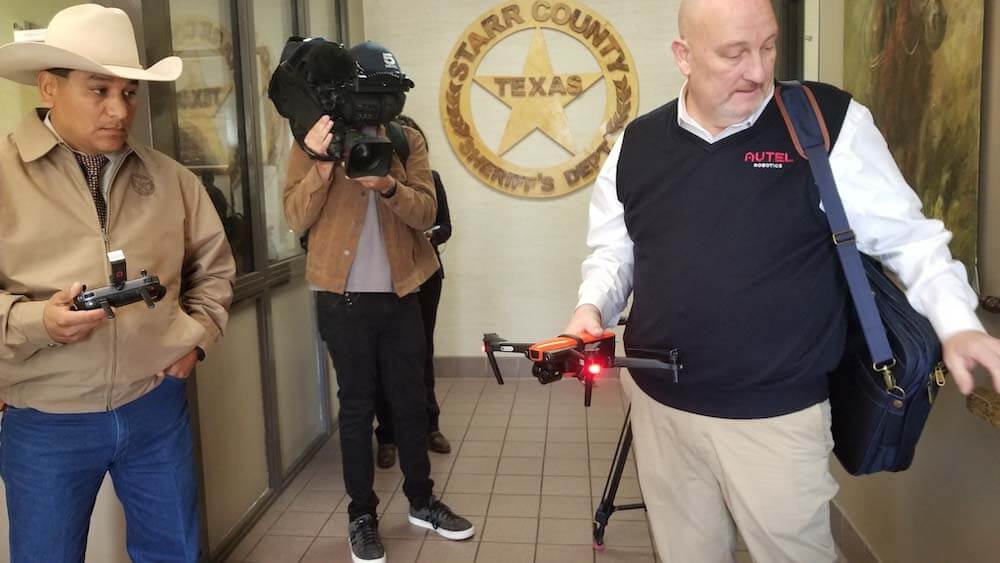 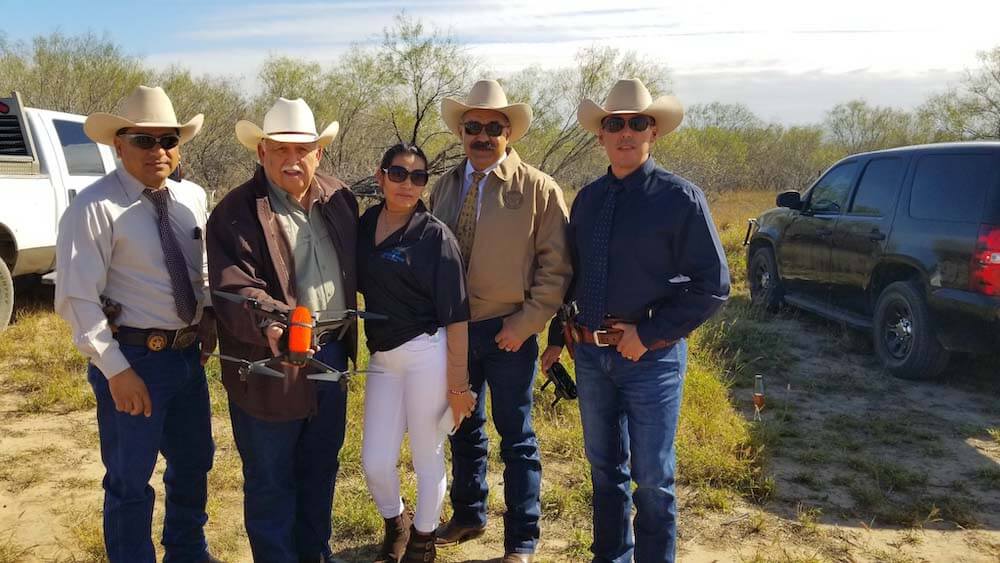